All in a day's work: Off-duty policeman praised for ferrying student to exam PETALING JAYA: A policeman has earned praise on social media for helping a student make it in time to sit for his exam.

The student's cousin posted a few pictures on Twitter, showing the student riding pillion on a motorcycle driven by an unidentified traffic policeman.

"Thank you @PDRM for sending my cousin to sit for his exam after your shift ended...his exam is at 9am...I am sorry we did not get your name," said the student's cousin, known as Ruki, on Twitter.

It is learned that the student's journey to sit for his exam in Putrajaya was disrupted, after an accident involving a lorry carrying earth crashed and tipped over, causing traffic congestion around 8.30am.

Those who saw the Tweet also called for the policeman to be recognised for his good deed. 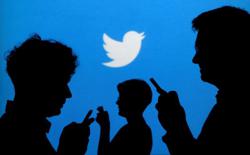