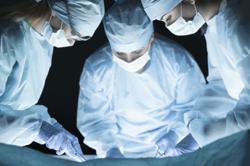 PETALING JAYA: A survey on insurance policyholders revealed that a majority of them don’t understand the contents of their insurance policies, says Federation of Malaysian Consumers Associations (Fomca) president Datuk Dr Marimuthu Nadason.

As such, he said Bank Negara should help resolve the problem.

He said Fomca carried out a survey and found that 73% of the policyholders polled did not understand the content of their insurance policy.

“Many only realised that they have been shortchanged when they filed for claims.

“It is high time the authorities intervene to ensure greater transparency in the sector,” he said.

He was asked to comment on the outcome of a meeting between Fomca and Life Insurance Association of Malaysia (LIAM) representatives recently.

LIAM called for a meeting with Fomca after the federation issued a statement requesting Bank Negara not to approve any proposed increase in medical insurance premiums.

A LIAM representative said they were not increasing premiums this year.

Dr Marimuthu said Fomca would be submitting a memorandum to Bank Negara next week, requesting it to check ambiguity in insurance schemes that go against the interest of policyholders.

An insurance agent, who wanted to be known as Chan, said the increase in private healthcare costs at a “mind-blowing” rate had taken a toll on insurance companies.

He said the Health Ministry should regulate private hospitals to check escalating cost of healthcare.

“The cost of private healthcare will continue to rise if the Health Ministry does nothing to regulate the private hospitals,” he said.

Chan claimed that private healthcare charges had increased tremendously in the last 10 to 20 years.

Because of the costly medical bills, Chan said insurance companies had no choice but to increase the premiums.

He said the matter could be addressed if the Health Ministry intervened to regulate the pricing.

Private healthcare providers had been indiscriminately increasing the prices due to poor regulations, he said.

Chan noted that the authorities had taken the initiative to control the price of houses, cars and other essential items.

“Why can’t they regulate pricing at private healthcare facilities too?” he asked.