PETALING JAYA: The government should address issues faced by doctors such as critical care allowance and opportunities for permanent positions for junior medical doctors, says the Malaysian Medical Association.

“We appeal to the government to give junior doctors a permanent designation within the EPF (Employees Provident Fund) scheme or at least an extended contract that has been recommended.

"We are sure that the rakyat will support our call to retain these doctors in service and provide a long-term solution for them, ” he said.

Dr Vijay applauded the government’s move to provide a special Covid-19 allowance for doctors, but urged that the government retain existing allowances, such as the critical allowance.

“In late 2019, we were all shocked when Cabinet decided to remove the critical allowance for doctors. This allowance was later reinstated but the decision to retain it has been postponed, pending further studies, ” he said.

He also said that supply versus demand should not be the only criteria to determine the number of doctors.

"The fact is that more manpower is clearly needed as we are all already stretching our doctors’ stint, ” said Dr Vijay.

He added that the Malaysian Medical Association (MMA) was also willing to engage with the relevant parties to look into the cost-saving measures to be able to increase the post of junior medical doctors.

Similar views were shared by Malaysian Medical Association (MMA) president Prof Datuk Dr M. Subramaniam who encouraged the government to engage private general practitioners in emergencies so that they could be utilised to their full potential when handling the Covid-19 surge in the country.

“Our young doctors are our future, and they are ready to serve in the Covid-19 emergency, ” he said as he reiterated MMA’s appeal for a permanent place for young doctors.

Meanwhile, MMA honorary general secretary Dr R. Arasu noted that healthcare workers were the backbone during the pandemic has to work extra hours and long hours.

“MMA will ensure that we will assist them in terms of personal protection or PPEs, as well as mental and moral support," he said.

Dr R. Arasu said MMA has been in close contact with the Health Ministry to reduce the waiting period for unemployed doctors from 18 months to six to nine months.

“We are also proposing to the government that they be given long term contracts or permanent post with EPF privileges. The human capital is very important. We need to invest in human capital, whether they are frontliners or backliners.

“MMA continues to push for this (the rights of healthcare workers) until it materialises," he said. 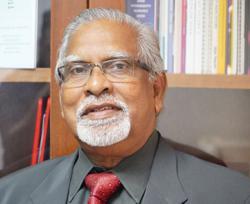