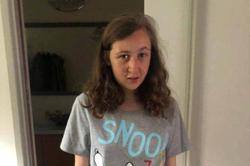 SEREMBAN: The Coroner’s Court here was told that two dogs belonging to the Fire and Rescue Department (JBPM) failed to unearth any clues during a three-day search mission for Irish-French teenager Nora Anne Quoirin last year.

The 18th witness in the inquest to determine Nora Anne’s death, JBPM Tracker Dog Unit (K9) fire officer from the Jalan Klang Lama station in Kuala Lumpur Jackson Ringkai Anak Gawan, 28, said a Labrador named Buddy did not give any positive reaction during the search near The Dusun Resort.

“The first search attempt, which started at 10.30am on Aug 5, did not yield positive leads,” he said when testifying before Coroner Maimoonah Aid yesterday.

Asked by Deputy Public Prosecutor Norhafiza Haron, who is the inquest coordinating officer, on the dog’s reaction if it detected something, Jackson replied: “The dog will stand still, stare and bark.”

The inquest proceedings will continue from Oct 19 to 23 with testimonies of witnesses from the Royal Malaysia Police and JBPM.

“In November, we will focus on Nora Anne’s family,” said Maimoonah.

Nora Anne, 15, went missing on Aug 4 last year, a day after she and her family arrived in Malaysia for a holiday at a resort in Pantai here.

Her body was found on Aug 13 2.5km from the resort following a massive search by the authorities.

A post-mortem report revealed that she had died of gastrointestinal bleeding due to prolonged stress and hunger. — Bernama 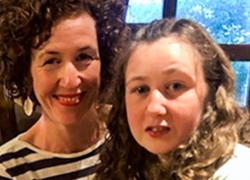