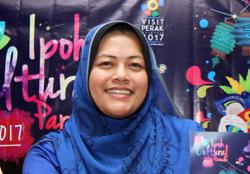 IPOH: While apologising over the lack of public engagement, the state government is assuring conservation groups the heritage of the Ipoh Padang will not be affected by ongoing construction on its field.

“On behalf of the state government, we would like to apologise for the lack of engagement between the state and the public.

“With approval from the National Heritage Department, we can assure that the project will not affect the heritage value of the field,” she said in a press conference here yesterday.

She noted that trees surrounding the field would also not be felled.

The ongoing construction work at the field had raised concerns among the public, heritage groups and environmentalists.

Construction for a “light and sound” show at the field was reported in June last year.

She said the work was expected to be completed by January next year.

“The light and sound project is part of the state’s initiative to boost tourism in the city since there are not many night attractions available here.

“We are also looking to repair the cricket training ground with the help of the state Sports Council,” she said, adding that the cost of the project was about RM5mil and was funded by the Northern Corridor Implementation Authority (NCIA).

She said the NCIA also allocated another RM6mil to upgrade the Kinta Riverfront as well.

“Both projects are part of the state government initiative to boost the tourism sector.

“The public can rest assured that both projects will benefit them, especially local traders who may set up booths along the Kinta Riverfront.

“We welcome the support from everyone, including NGOs to help us to rejuvenate our local economy through tourism,” she added.

Meanwhile, Perak Heritage Society committee member Mohd Taib Mohamad said the integrity of the field should not be compromised.

“The field had hosted many historical events including the first National Day parade in 1957 and was also used during the Japanese Occupation in 1943.

“There should not be any project on the field to preserve its status,” he said.