For the future: Cheah (centre) announcing the foundation’s plans to launch an endowment fund at Sunway University while Sultan Sharafuddin (right) and Ong (left) look on. — KAMARUL ARIFFIN/The Star

PETALING JAYA: Malaysia’s first private university endowment fund is expected to be created pending a request for related legislation to be amended.

Jeffrey Cheah Foundation founder and trustee Tan Sri Jeffrey Cheah said the foundation planned to launch the fund with a target to exceed RM1bil in the next 10 years.

He said the formation of the endowment fund would help ensure the sustainability of the foundation.

“We are engaging with the government to make the necessary amendments to the law to enable us to launch this endowment fund, ” he announced during the foundation’s 10th anniversary yesterday.

Cheah said that under subsection 44 (6) of the Income Tax Act, the foundation was required to disburse at least 50% of its funds received in the following year.

He also said that amending the law would encourage more people to endow to charitable foundations.

He said corporations and individuals could contribute to an endowment fund, which is then used for investments such as shares.

The yields or earnings from these investments would be channelled, among others, to establish professorial chairs at Sunway University in perpetuity, he added.

“It will be used to improve the faculties, facilities and for research, ” he added.

Cheah said that private universities were heavily dependent on fees to operate and remain sustainable.

For Sunway Education Group, he said the surplus from fees was channelled to the foundation.

“We cannot allow the economy to suffer because of the pandemic, ” he said.

He believed that 2021 would be a “recovery year” for the local economy provided the country did not go into another lockdown.

Also present at the announcement was Selangor Ruler Sultan Sharafuddin Idris Shah, who is the royal patron of the Jeffrey Cheah Foundation.

The others were members of the foundation’s board of trustees, including newly-appointed members Toh Puan Dr Aishah Ong and Tan Sri Dr Jemilah Mahmood. 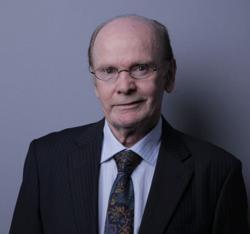 TO BE THE BEST, LEARN FROM THE BEST 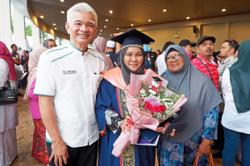 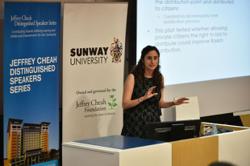