FILE PHOTO: The seal of the U.S. Securities and Exchange Commission (SEC) is seen at their headquarters in Washington, D.C., U.S., May 12, 2021. REUTERS/Andrew Kelly

NEW YORK: Buyout firms have been forced to erase billions of dollars from the value of their wagers in the economic downturn, and financial regulators are now scrutinising whether managers are reducing fees for investors when those deals sour.

The Securities and Exchange Commission (SEC) has been ramping up inquiries to private equity firms about whether they adjust customer fees when bets get written off to zero or below their original price tags, people with knowledge of the matter said.

While these questions have come up sporadically in recent years, regulators are now asking private equity firms about the issue regularly in routine exams and seeking a level of detail that they didn’t before, the people said.

The goal is to make sure that private equity firms, which take a cut of the money they manage, aren’t overcharging state pensions, university endowments and other investors.

SEC officials are ramping up those inquiries to root out what they consider a chronic practice of firms charging more than contractually allowed, and because regulators recognize that firms face pressures to juice fees in the market downturn.

Those inquiries are coming from both examiners at the SEC’s private funds unit as well as regional-office staff, one of the people said.

The SEC has at times drilled down into whether firms have delayed write-offs to squeeze out more fees from investors, and asked for internal emails to help it make such determinations, the people said.

The SEC, under chair Gary Gensler, is making a more aggressive push to police private equity firms. The industry has grown rapidly to become a bigger part of both the finance industry and the US economy, but has so far avoided the same level of regulatory oversight that banks are subject to. — Bloomberg 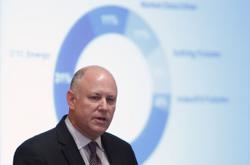 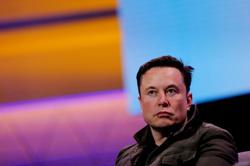