Anwar to make important announcement at noon, may be linked to majority in Parliament

PETALING JAYA: There is talk that Opposition leader Datuk Seri Anwar Ibrahim is set to make an important announcement Wednesday (Sept 23), purportedly linked to a majority in the Dewan Rakyat.

A media invite was issued by Parti Keadilan Rakyat (PKR) communications director Fahmi Fadzil earlier Wednesday, stating that the PKR president would be holding a press conference at noon at a hotel in Kuala Lumpur.

Talk among party sources said that Anwar has gained majority support in Parliament, with Sin Chew Daily claiming in a report that the Port Dickson MP has the backing of 123 MPs out of 222 in the lower House.

The vernacular daily, reporting on sources, claimed that Anwar revealed this to Pakatan Harapan leaders at a meeting on Tuesday (Sept 22) night.

The talk has been further fueled over claims that Anwar may have secured the backing of Sarawak-ruling coalition Gabung Parti Sarawak (GPS) as well as several Umno lawmakers, Sin Chew said.

However, it is said that support for Anwar does not include Parti Warisan Sabah and former Parti Pribumi Bersatu Malaysia lawmakers aligned to Tun Dr Mahathir Mohamad, it added.

Works Minister Datuk Seri Fadhilah Yusof, who heads GPS, has since denied having heard such talk of support for Anwar.

There is also talk that the Port Dickson MP might be seeking an audience with Yang di-Pertuan Agong Al-Sultan Abdullah Ri’ayatuddin Al-Mustafa Billah Shah.

However, the King was admitted to the Royal Ward at IJN on Tuesday (Sept 22) after he said he was feeling under the weather.

The Palace also said the King had been advised to be monitored by the doctors at this time but there is no cause of concern or alarm over his condition. 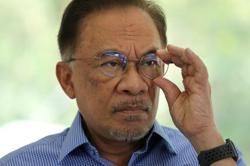 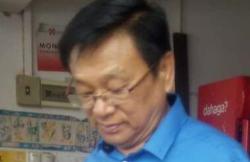