Fresh start for three sisters but they miss their pets

KUANTAN: The three sisters who had been living in squalid conditions with animals are adjusting to their new life at a children's home here.

But the girls, aged nine, 10 and 12, said they missed being with their pets.

The siblings had been living with their uncle, who is a welder, in a garbage-strewn upper level of a shophouse in Lorong Seri Damai Perdana 57.

On Monday (Sept 21), the Welfare Department was called in by Teruntum assemblyman Sim Chon Siang to intervene, saying that the girls must not be allowed to continue living in such an appalling condition.

The filthy conditions were exacerbated by the waste left all over the place by the 13 dogs, a civet cat, a turtle, a bird and fish that the girls were rearing.

Sim said the uncle had started giving away the dogs which left the girls feeling upset.

The eldest sister had asked her uncle to take special care of her pet civet cat as she accidentally hurt the animal recently.

The siblings were then sent to the Rapha Children's Home until their family could provide them with a better living environment.

Sim said for now, the uncle has to give up custody of the girls to avoid action against him for neglect.

"It is likely the girls will be staying at the home permanently once their father gives his consent," he said.

It was understood that during the uncle's meeting with the department's officials, no decision was made as he is just a guardian.

Rapha Children's Home supervisor Grace Chan said the uncle had got in touch with the girls' father and he was expected to give his consent in two weeks' time.

Chan said they would also arrange for the girls to be transferred to a nearby school.

On Wednesday (Sept 23), former mentri besar Datuk Seri Adnan Yaakob paid the siblings a visit, saying that he was touched after finding out about their plight.

Adnan treated the home's residents to lunch and made a donation.

He also requested Chan to take the girls for a medical check-up.

"I have also asked a friend to help out with the home's monthly expenses," he said. 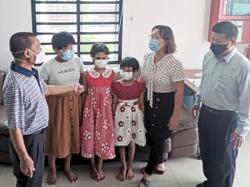 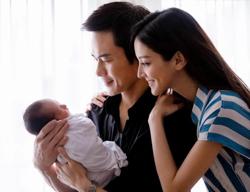