Yesterday’s 62 new infections recorded meant that the number of cases stood at 10,031 now.

The sole imported case was a Malaysian, he said in a statement yesterday.

He also said that 59 cases were from Sabah which included 48 from the Benteng cluster in Lahad Datu.

Other states found with new infections were Kedah and Penang.

In Kedah, there was a new case from the Sungai cluster.

This cluster started when a healthcare worker at a private medical centre got infected.

All of them lived in the same house, said Dr Noor Hisham.

He also said there were no new deaths reported, which means the number of fatalities remained at 128, or 1.28% from the total number of cases.

Dr Noor Hisham said there were 15 patients being treated at the intensive care unit while three were on ventilators.

Another 26 patients recovered yesterday, bringing the total recoveries to 9,235 or 92.1% so far. 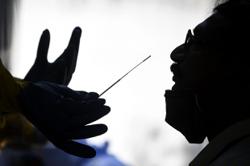 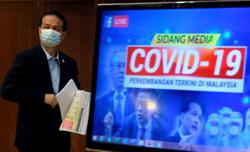