KUALA LUMPUR (Bernama): The Malaysian Anti-Corruption Commission (MACC) has failed in its bid to forfeit RM700,000 allegedly linked to the 1Malaysia Development Berhad (1MDB) scandal, that was seized from Pekan Umno.

This followed a decision by High Court Judicial Commissioner (JC) Ahmad Shahrir Mohd Salleh in dismissing MACC's forfeiture application against Pekan Umno who was named as first respondent and 40 other respondents, on Thursday (Sept 17).

In his judgment, Ahmad Shahrir said the court found that on the balance of probabilities, the applicant (MACC) has not succeeded in providing the requirements under Section 56 of the Anti-Money Laundering, Anti-Terrorism Financing and Proceeds of Unlawful Activities Act (AMLATFPUAA) to have sum RM700,000 in the first respondent's (Pekan Umno) account forfeited.

"Forfeiture proceedings require strict adherence to the law as it touched on the constitutional guarantee under Article 13 of the Federal Constitution.

"Nothing less would suffice. In the circumstances, I hereby dismiss the application," he said.

The JC also said that in all probability, if the court were to accept the applicant's position that the money, which was seized on June 25,2018, was the proceeds of an unlawful activity, the fact that account balance was only slightly more than RM10,000 as of Jan 31,2017, effectively negates such as supposition.

"Furthermore, the applicant made no attempt to traverse this specific averment by the respondents and I am constrained to find that the applicant had thereby admitted to such facts.

"Thus, I find that the applicant has failed to prove on the balance of probabilities that the seized sum of RM700,000 is the proceeds of an unlawful activity," he said.

Ahmad Shahrir said it was not much about the fact that the sum of RM700,000 received from the impugned accounts of Datuk Seri Najib Tun Razak had been spent by Pekan Umno, but more importantly, the failure of the applicant to show that the sum of money which was frozen and subsequently became the subject matter of the from the fourth account as contended by the respondents.

Deputy public prosecutor from the MACC, Abdul Rashid Sulaiman later told the press that they will file an appeal over today's decision. 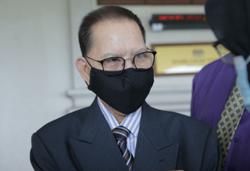