“What is important is that we all focus on winning. We have to work together for that. If we are split this early over this issue, we can lose the election.

“If we lose, what is there to discuss?” the Umno vice-president said after officiating at a fundraiser for the Tabung Pahlawan fund at the Royale Chulan hotel here on Tuesday (Sept 15).

On the recent revelation by a foreign news agency that a Chinese company with reported links to military and intelligence networks in the country had collected data on 1,400 Malaysians, and of a US Air Force aircraft electronically impersonating a Malaysian plane while spying on China’s military bases, Ismail Sabri who is also Defence Minister said that the authorities are looking into the matter.

“A lot of things need to be investigated first. We have to investigate, ” he said.

Regarding Covid-19 SOPs, he emphasised that workers at premises must also comply.

“It is the same as for the rest. If they are not using MySejahtera, they have to get their temperature taken and so on, ” he said.

“It is hard to do such events nowadays because of the recovery movement control order (MCO). We try to find other ways to do this campaign and one of the ways is through social media.

“Many artists old and new have come and hopefully this will help. This year, we aim to collect RM10mil but for now, we have only collected around RM300,000 so we have a long way to go, ” he said.

He added that the whole nation should come together to support the fund.

“The collected monies now are not including the usual corporate donations but these companies are also facing difficulties because of the recovery MCO.

“The involvement of the public is important, ” he said. 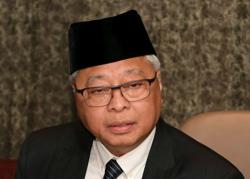 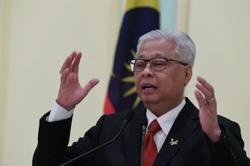