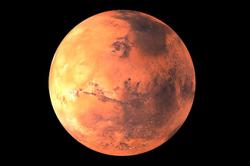 JITRA: A fish breeder suffered a huge setback after four tonnes of his red tilapia died due to oxygen levels dropping to zero at his aquaculture farm in Sungai Santap, some 22km from here.

Halim Ishak, 47, of Padang Sera, who has been breeding red tilapia there for the past 16 years, said he suffered RM50,000 in losses.

“I have 51 red tilapia cages in the river. When I went to check on them at about 7am and I saw the fish floating.

“This is the first time I’ve encountered this phenomenon, ” said Halim, referring to thermal stratification.

Thermal stratification of a water body begins after an extended period without rain.

The water column stratifies into a lower, colder section which eventually runs out of oxygen while the upper section, heated by the sun, remains on top and gains oxygen through surface movement and planktonic activity.

But after a sudden bout of heavy rain, the oxygen-rich upper column will sink when it gets cold and mix with the zero-oxygen water column below.

Fish housed in cages normally die when this occurs.

Halim said a team of officers from Fisheries Department’s bio-security division and another team from the Environment Department’s water quality section visited his farm later on Friday to investigate.

“A Fisheries officer told me that the fish probably died due to the oxygen level dropping to zero in the river, ” he said.

Tilapia, he said, could have fetched up to RM15 per kg in the Kampung Kodiang market here.