Ghost town: With the drop in ferry commuters and Rapid Penang passengers, store owners are seeing a drastic drop in their business, with some being forced to close their doors for good. — CHAN BOON KAI/The Star

A plunge in the number of commuters taking the ferry – from 16,000 passengers to about 1,000 now – has put a damper on trading activities at 22 shops in the area.

Keropok and beverage trader Mohd Osni Abdullah, 56, said only eight shops were open as most of them had closed down in the last three months due to the movement control order (MCO).

“Most who come here are only workers from the depots and a few from the Rapid Penang bus service.

Mansor Mokhtar, 66, who sells nutmeg, fruits and confectionery, said there were days with zero customers.

“I have been doing this business for 30 years. Hopefully, the authorities will do something to boost business here, as the area is totally neglected and looks dilapidated.

“If nothing is done, our days of trading are numbered but where are we to go?” he said.

Marina Majid, 50, who has a small food outlet in the area, said she only cooks three chickens daily compared to 10 during normal times.

“I have been here for five years and the shop is usually busy from noon to 8.30pm, but now I have to wait for hours with only about 10 to 15 people turning up since the MCO.

“We have rental to pay although our business is down and something must be done to boost activities in the area,” she said.

The Transport Ministry is now in discussion with the Penang government and the Penang Port Commission on the proposal to upgrade the ferry terminal with new ferries. 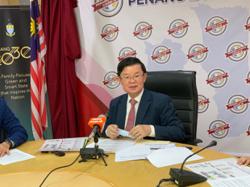 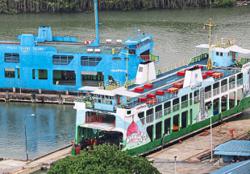 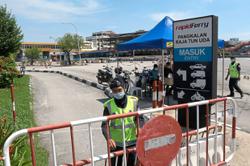