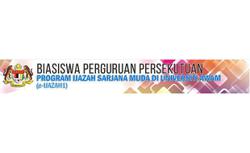 Prestigious history: Convent Light Street was set up in George Town in 1852 and became one of the top schools in Malaysia. — LIM BENG TATT/The Star

PETALING JAYA: The Infant Jesus Sisters (IJS) Malaysia, the owner of the Convent Light Street (CLS) school in Penang, has found a suitable education provider to operate on its premises, which it requested back from the Education Ministry due to a continuous decline in student enrolment over the last decade and escalating costs to maintain the heritage school buildings.

“We have found ACE EdVenture to be a good fit as it is able to provide affordable learning that is dynamic, progressive and relevant.

“Most importantly, ACE EdVenture is willing to maintain the ethos of the IJS convent schools with its emphasis on character building, ” Lady Superior of the Society of Saint Maur Sister Mary Thresa Chua said in a statement.

She added that the education provider would open a private international school using part of CLS’ premises.

“The co-ed school, which will open as soon as approvals have been obtained from the authorities, will initially offer Year One to Year 10 classes leading to the International General Certificate of Secondary Education (IGCSE) with an entrepreneurial component, ” she said.

The IGCSE qualification is equivalent to the GCSE in the United Kingdom and is globally recognised.

Sister Chua said the IJS looked forward to this collaboration with the education provider and the new role CLS would play in the advancement of private education in Malaysia.She added that ACE EdVenture founders Anne Tham and Melinda Lim – both of whom are CLS alumni – are adept at the operations of learning institutions.

An IJS spokesperson revealed that Ace EdVenture stood out from a number of other potential collaborators as IJS found its syllabus to be “the way forward”.

“Its syllabus includes elements of the Fourth Industrial Revolution such as artificial intelligence, ICT and entrepreneurship. This is what students need to learn for a bright future, ” she told The Star.

On June 20,2019, The Star reported Penang education director Dr Mahanom Mat Sam as saying that the three schools, which sit on the land of IJS, would be closed down and the land returned to the IJS.

CLS was the first school set up by IJS upon its arrival in Malaysia from Paris in 1852.

It later went on to become one of the nation’s premier schools.

But due to a continuous decline in student enrolment over the last decade and escalating costs to maintain the heritage school buildings, the IJS had asked for the return of the CLS premises from the Education Ministry, with the approval granted in 2018.

Educationist and former National Union of the Teaching Profession (NUTP) secretary-general Datuk N. Siva Subramaniam said he was glad to hear of the collaboration as it meant that the heritage buildings would be protected.

“We must preserve heritage schools such as St Michael’s Institution and Anderson School in Ipoh, Perak, because they symbolise the nation’s history and show how we developed, ” he said.

“It isn’t surprising. More will follow in their footsteps since our education system is not what many desire, ” he said.

He also noted that the people’s needs and interest towards national schools must be respected.

Saddened by the news, NUTP secretary-general Harry Tan said it was the end of the nation’s most illustrious institution of learning which catered to the masses irrespective of their colour, creed or conviction.

“We have to accept that the owners have every right over their property and its future.

“We wish them the best in their future undertakings, ” he said.

Author Chen Yen Ling, who wrote Lessons from My School: The Journey of the French Nuns and Their Convent Schools, said she was happy for IJS and grateful to the authorities for giving IJS the opportunity to re-establish its roots at CLS.

“The early intrepid Sisters braved their way from Paris to Penang through lengthy and perilous journeys to provide education and care for orphans and the destitute.

“Today, we see the prospect of the Sisters being able to take possession and preserve their history and heritage of IJS and the convent schools in those beautiful buildings of CLS, ” she said.