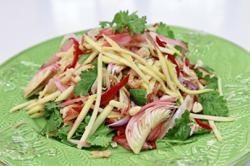 Hygiene first: A policeman spraying sanitiser on voters’ hands as they wait for their turn at SJK Tamil in Trolak. — Bernama

THE combined might of Muafakat Nasional has once again proved too much for Pakatan Harapan and the Opposition.

With the latest overwhelming win by Barisan Nasional’s Mohd Zaidi Aziz in Slim, Muafakat has now won its sixth by-election in Peninsular Malaysia.

Since 2019, Muafakat has contested and won the Cameron Highlands and Tanjung Piai parliamentary seats and the Chini, Rantau and Semenyih state seats.

It also affirms that Muafakat is the choice of rural Malays in the peninsula.

National issues and criticisms of politicians from Muafakat that were brought up during the campaigning period by Opposition leaders also failed to sway voters.

According to Umno president Datuk Seri Dr Ahmad Zahid Hamidi, Barisan also managed to win all district polling centres, including those that it lost during the 14th General Election.

A political observer, who declined to be named, said the result showed the people want a government that walks the talk.

“I believe people are still unhappy with the former Pakatan government. They want to see issues resolved rather than just talk about it.

“This will be more so if there are no three-cornered fights in future elections. It is still to be seen whether there will be disagreements between Umno, PAS and Parti Pribumi Bersatu Malaysia over the allocation of seats in the next general election, ” he said.

Teh said he hoped the continued dominance by the Malay-Islam pact in future elections would not sideline the non-Malay communities.

“Policies can tend to focus more on the Malays because of the strong support they get, ” he said.

Teh had earlier said that Slim would be a testing ground for former premier Tun Dr Mahathir Mohamad’s Parti Pejuang Tanahair (Pejuang).

And with the loss, he said Dr Mahathir and Pejuang would need to relook and restrategise their plans to defeat Perikatan in the next election.

“Could we see another cooperation between Dr Mahathir and PKR president Datuk Seri Anwar Ibrahim again?

“I won’t be quick to rule it out because anything is possible in politics, ” he said.

“If Syed Saddiq Abdul Rahman successfully sets up his youth-based party, it will also further hinder Pejuang, if ever Dr Mahathir finally decides to retire, ” he added.

A Pakatan MP, who declined to be named, said he believed the loss was down to several factors.

“Firstly, Slim is a Barisan and Umno stronghold. It was an uphill battle.

“Secondly, I think some people are disillusioned with the constant politicking among politicians, especially after the Sheraton Move whereby voters are thinking that their votes no longer have importance when their elected representative can easily switch sides, ” he said, adding that people were also starting to reject Dr Mahathir.

“The situation with Covid-19 and the slow economy are also factors, ” he added.

The MP also said he believed the loss had left Pejuang in limbo.

“If they can’t get support from the Malays and non-Malays, it means they are neither here or there, ” he said.

“Politically speaking, what else can they offer if they want to work with Pakatan?”