KUCHING: Police have found no evidence that a 48-year-old man arrested earlier was involved in organ trafficking, as alleged by British tabloid The Sun.

However, Sarawak commissioner of police Comm Datuk Aidi Ismail said the man, whose remand order expired on Wednesday (Aug 26), has been rearrested for investigations into an unrelated criminal breach of trust case.

He said detailed questioning and investigation over the past 12 days found that the allegations that the man was involved in buying and selling human organs were untrue.

"No evidence was found showing that the suspect was involved in this activity.

"We also found that the suspect made false claims during his interview with The Sun's reporter. Police have contacted the reporter and received his full cooperation," Comm Aidi said in a statement on Wednesday.

On Aug 13, the suspect turned himself in at the Kuching district police headquarters on Aug 13, after The Sun reported on Aug 8 that he was involved in selling kidneys on Facebook.

The suspect reportedly met the paper's undercover reporter at a hotel here who posed as a kidney buyer for a relative in Britain needing a transplant.

The paper claimed the man boasted to them that he had masterminded 45 illegal kidney sales and had more than 100 potential kidney sellers worldwide, sourced through his Facebook page.

The suspect was initially remanded for seven days on Aug 14, and his remand was extended by another five days until Wednesday (Aug 26).

He was rearrested by the Kuching commercial crime investigation department at 11am on Wednesday upon the expiry of his remand order over suspicion of fraud while working in the state Insolvency Department in 2013.

Comm Aidi said the suspect was believed to have issued payment vouchers to several people who were not related to the department, incurring losses of RM249,101.25.

He added that the suspect would be charged in the Sessions Court here under Section 409 of the Penal Code on Thursday (Aug 27). 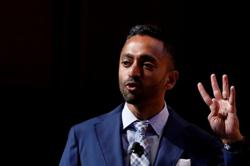