‘Bill helpful but some details need to be ironed out’

PETALING JAYA: There are some issues in the Bill aimed at easing the impact of Covid-19 that need to be looked at further, but industry leaders have lauded it as helpful to businesses and consumers.

The legislation provides temporary reprieve from legal disputes and protection from legal suits as companies try to resuscitate their businesses and recover from the pandemic, said Federation of Malaysian Manufacturers (FMM) president Tan Sri Soh Thian Lai, adding that some businesses had been unable to fulfil their contractual obligations such as damages claims, forfeiture of deposits, termination of leases as well as insolvency proceedings.

The proposed law – Temporary Measures For Reducing The Impact of Coronavirus Disease 2019 (Covid-19) Bill 2020 – aims to provide temporary relief for those who are unable to perform their contractual obligations due to the Covid-19 pandemic.

Soh said the Bill was, however, “not all-encompassing” as the temporary measures only applied to seven categories of contract carried out from March 18 till the end of this year and did not cover other manufacturing-related sectors and their supply chain.

Soh said if the legislative safety net covered multi-sectors and implemented effective enforcement mechanisms, it would not only save jobs but also give a much needed boost to small and medium-sized enterprises (SMEs).

Malaysia Retail Chain Association (MRCA) president Shirley Tay said the Bill provided “some degree of protection” for retailers in a tenancy agreement whereby landlords would be refrained from exercising their rights with regards to the tenancy, including termination of contract, imposition of penalty for late payment, forfeiture of deposits or even legal actions during the movement control order (MCO) period.

As such, Tay said this allowed for both parties to negotiate the terms of settlement via mediation instead of solely relying on the contractual terms.

SME Association of Malaysia president Datuk Michael Kang believed the Bill would not only protect SMEs but also micro-enterprises, the informal sector as well as the B40 community.

“The Bill is needed so that the government can come in to protect these businesses as most have suffered from no income for four months, which has resulted in disputes when people have been unable to honour previously made agreements, ” he said.

But Kang hoped that the Bill would not protect those who were irresponsible, such as those who “will find all kinds of excuse to use the Bill to avoid their obligations”.

“There should be some kind of mechanism for consumers to present their issues. If it is just depending on the Bill, the issue is how is it going to be enforced.

“We hope it will not end up with consumers having to go to court as it will defeat the purpose, ” he added.

Some countries have amended Covid-19 Bills 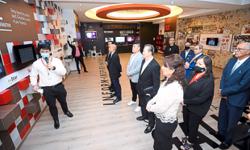 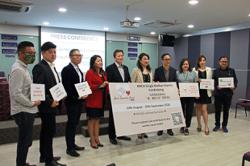