PETALING JAYA: The Defence Ministry did not impose liquidated damages or late charges of RM116.54mil on the company that was supposed to deliver the littoral combat ship (LCS) 1, said the 2019 Auditor-General’s Report.

At the same time, the report found that progress payments made for the ship exceeded the actual work progress by 21.1%.

The report added that as of June 30 this year, although the scheduled delivery of the ship had exceeded 12 months, the ministry had not issued a letter to the company demanding late charge penalty but had merely issued a reminder to the company on the delay.

The RM9bil contract for the delivery of six ships was from October 2013 to October 2023.

The report said that according to the contract, the ships were to be delivered in stages from April 2019 to June 2023.

In response, the ministry said as of June 10 or 435 days after the delivery of the LCS 1, the late payment charges stood at RM217.5mil.

It said it had issued a notice of claim of RM180mil to the company because of a capping on the claim.

It also found that late payment charges of RM15.04mil were not imposed on the company that was to supply 24 Lightweight Multiple Launchers – New Generation (LML-NG) between June 2018 and September 2018.

The audit found that 20 of the 24 launchers were delivered between 28 and 171 days late.

The ministry said it would act on the matter after getting a response from its legal department.

The A-G report also said nine armoured personnel carriers (APC) purchased by the ministry did not meet the specifications of the United Nations as they were unarmed.

The APCs, which were used in a UN peace mission in Lebanon, were first purchased by the Malaysian government, with the UN to reimburse the government.

Since the vehicles are not equipped with the remote control weapons station, the government lost out on RM2.2mil in reimbursements.

The ministry said the APCs passed the Final Acceptance Test and could be used for the United Nations Interim Force in Lebanon, and that the non-specifications were only for the weapons systems. 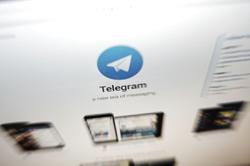