A 41-YEAR-old single mother of four in Bidor, Perak, is supporting her family by working as an e-hailing driver, reported Makkal Osai.

Kaliamma Gowri said her own mother had also struggled single-handedly to bring up her four children.

She and her three siblings went through tough times at various shelter homes while their mother worked to support them.

She added that she was determined to bring up her four children herself as she wanted them to have a better childhood.

Refusing handouts, Kaliamma became an e-hailing driver five years ago and recently signed up with an e-hailing company to drive customers over long distances in the country as her children were now older.

Kaliamma said while some would consider it a dangerous job for a woman, she had never encountered any problems with customers.

“They usually address me respectfully as ‘sister’,” she added.

Kaliamma is also actively involved in social service and welfare activities as the secretary of a local community group. 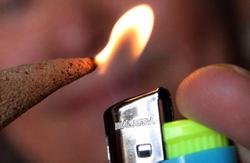