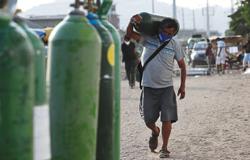 JOHOR BARU: The public should pay close attention to their own mental health and of those around them as the reality of life after the movement control order (MCO) starts to set in.

Johor Baru Monash University clinical school deputy head Assoc Prof Dr Sivakumar Thurairajasingam said the risk of mental health problems and suicidal thoughts may increase in the months to come as people try to get their lives back together. “We have not really seen the consequences of the Covid-19 pandemic. People should be aware that because of all these economic changes caused by the pandemic, including the loss of jobs, there will be more consequences to mental health,” he said.

He added that people should look for signs of depression or suicidal thoughts among family members and loved ones, and get them professional help immediately.

“Look out for changes in a person, be it emotional, cognitive or physical changes.

“If you notice something different, talk to them and if you identify signs of depression or suicidal thoughts, assist them to get professional help,” he said.

Dr Sivakumar, who is also the adviser for Johor Baru Befrienders, added that apart from suicide helplines, one could also seek immediate help from government hospitals and health centres.

“There are people who could talk to them about mental health issues at these hospitals and health centres. In fact, in places like Hospital Sultanah Aminah (HSA) in Johor Baru, they could just walk in to see a doctor for consultation,” he said.

Dr Sivakumar added that while these options are available for the public, many are still hesitant to seek help due to the social stigma associated with mental health.

“Although mental health awareness among the public has improved significantly, it is still not enough and the stigma surrounding it is still very strong, especially when it comes to suicide. They prefer not to talk about it and to hide it,” he said.

Dr Sivakumar also spoke against the criminalisation of people who attempted to commit suicide under Section 309 of the Penal Code.

“The push to amend the law and decriminalise those who tried to commit suicide has been going on for years but the Section is still there.

“The community itself must work towards pushing for changes in the policy as together, their voice is stronger. But we must first start with eradicating the stigma around suicide,” he said.

According to the suicide rate statistics from the fire and rescue department, men are more likely to commit suicide compared to women.

Dr Sivakumar said that one of the reasons contributing to higher suicide rates among men was that they were less likely to open up or show that they are going through mental health challenges.

“Women are more open to sharing their problems and thus, we are normally able to catch them in the early phases of depression.

“Most people with depressive thoughts would have suicidal ideation, it is a matter of how strong (the ideations are).

“They are contemplators who are sitting on the fence and have not decided if they want to end their lives.

“When we ask and show them positive ways of solving their problems, they may abandon the idea,” he said.

The statistics from the department also shows that suicides and suicide attempts are more likely to occur at urban areas compared to rural.

“The level of stress is higher in urban areas and most people at these places are living alone. Some move to these places for work and do not have their family around.

“Meanwhile, in rural areas, people normally live with family members who could become a strong support system,” he said.

He added that the compounded stress from day to day lives and not having family support could lead to high suicide rates in urban areas. 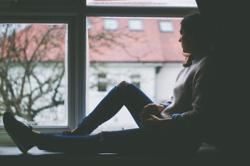