Introduction of anti-hopping law will depend on how Penang deals with four reps who switched parties, says Takiyuddin

KUALA LUMPUR: The introduction of any anti-hopping law will be dependent on how the Penang state government deals with the four assemblymen who switched parties, says Law Minister Datuk Takiyuddin Hassan (pic).

Takiyuddin said many lawmakers have suggested the need to have an anti-hopping law in the country but that however contradicts Article 10 (1)(c) of the Federal Constitution that guarantees Malaysians have the freedom of association.

Takiyuddin added that the decision of the then Supreme Court on a case in Kelantan in 1992 also stands in the way.

In 1992, the Supreme Court, in the Kelantan state assembly versus Nordin Salleh case, had decided that an amendment to the state's constitution, which prohibited party-hopping, was inconsistent with the Federal Constitution.

Takiyuddin said the Supreme Court's decision had decided that party-hopping was not wrong.

"As such, if the Opposition wants anti-hopping laws, Penang should ask the assemblymen who left their parties to vacate their seats.

"If the Opposition wants our country to have anti-hopping law, I would like to suggest that Penang take action against these assemblymen...if they bring the case to the court, let the court decide.

"And if the court decides otherwise (from the Nordin Salleh case), then the government will study or consider (introducing the anti-hopping law)," said Takiyuddin in his ministerial winding up during the royal address debate on Monday (Aug 10).

Teo Nie Ching (PH-Kulai) then interjected and said that perhaps the government should consider amending the Federal Constitution to enable the introduction of anti-hopping laws.

"If we can amend the Constitution to allow the voting age to be lowered from 21 to 18 years old, then why can't we also do the same for this," she asked.

Takiyuddin said Pakatan Harapan too had said it would not introduce anti-hopping laws when it was in government.

Takiyuddin said regardless of the party that governed, be it Perikatan Nasional or Pakatan, the nation is administered based on the laws and Federal Constitution.

"And Article 10(1)(c) guarantees the freedom of association, so we need to amend this to say otherwise, only then it will not contradict the Federal Constitution.

"Only then we can come up with a new law so when any (elected representative) hops party, the said individual must resign from the post.

"So till then, let's find other ways," he said.

However after Bersatu broke into two factions and Pakatan lost Federal power, the duo had first declared they would stand with the Pakatan state government.

The duo recently had accepted posts in the Federal government agencies, which led the state government stripping them of their privileges and allocations as government backbenchers.

Last month, Sungai Acheh assemblyman Zulkifli Ibrahim was also sacked by PKR after he announced plans to join one of the Perikatan parties. 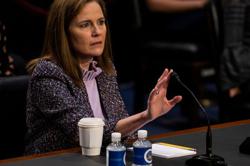