SIBU: Sarawak needs to have autonomy on healthcare if the dilemmas faced by medical officers (MOs) in the state is to be overcome, says Senator Robert Lau Hui Yew.

Speaking at a press conference on Saturday (Aug 8), Lau said currently not many Sarawak MOs working on a six-month contract were given permanent posts by the Health Ministry.

"As the state currently does not have autonomy on health matters, we are always getting the raw end of the whole situation. There are permanent positions for MOs in the state but Sarawak MOs can't get it as the decision on the appointments are made by by Putrajaya and not the state," he said.

He said that however when MOs from Peninsular Malaysia were given permanent posts in Sarawak, they do not want to serve here.

"Our MOs want to be given permanent posts but they can't have it. So I will push on this issue in the first sitting of the senate," he said.

Lau said that from December 2019 to February 2020 both the Health Ministry and Public Service Commission had created 100 permanent MO posts for Sarawak hospitals.

"However, less than 10% of these permanent posts were offered to Sarawak MOs.

"This is the first time the parents asked for help from the Chief Minister. I am happy that the Chief Minister had on Aug 3, wrote a letter to Datuk Aaron Ago Dagan, the Deputy Health Minister expressing his support that the four MOs be given permanent posts," he said.

Ding reasoned that the bureau could only supply four names to the Chief Minister for his support as these four were the only ones who have approached them for help.

Another three parents whose children were also facing the same problem did not submit their names because they were worried that their children would be victimised.

The bureau was confident that with the recommendation of the Chief Minister to the Health Ministry, the plight of the four MOs would be given due consideration.

Ding urged Sarawakian MOs who have partly passed their postgraduate course and were facing the discontinuation of their contracts in the near future to talk to them. 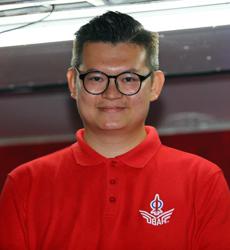