KOTA BARU: Erosion has washed away the remains of a fort along the coast here, regarded as the first landing site of the Japanese forces in Malaya in 1941.

The erosion has also led to the sinking of the Jubakar Tumpat Ore Bridge nearby.

“Among the relics that have disappeared are the fort at Pantai Sabak but the historical relics that still exist are the wells in Kampung Sungai Nyor, tunnels and ports in Palekbang (Tumpat) and Guillemard Bridge (Kuala Krai/ Tanah Merah),” he said.

Dec 8, 1941, is the date to be remembered as the beginning of the Japanese invasion of Malaya, with the first Japanese force landing in Pantai Sabak, Pengkalan Chepa.

The World War II Memorial in Kota Baru was once a detention centre for the “kempeitai” army comprising police and soldiers who caught, tortured and beheaded those suspected to be anti-Japanese.

Sarapa, who is also a teacher at the Mara Junior Science College here and the chairman of the 123sejSPM seMalaysia Group, said according to sources, the fort was originally built by the British to house Indian and Punjabi troops.

“However, after the Japanese occupation, it was used as a defensive fortress.

“But due to its inappropriate size, the fort was eventually used as a place to store weapons and loot,” he said.

Sarapa said although the fort was built by the British army, the locals preferred to call it a Japanese stronghold.

College student Lim Siew Fong, 25, who was with his friend at the site, said the people needed to learn from history so that the country would not be recolonised and continue to develop.

“The younger generation, like me, should learn about colonial history,” said Lim, who hails from Selangor. — Bernama

A stalwart of the British and Malayan police service remembered 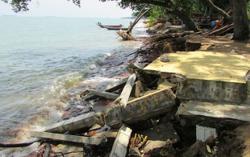 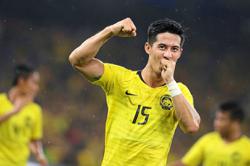