KUALA LUMPUR: Police nabbed 330 individuals on Friday (July 25) for being involved in activities in a crowded space where social distancing could not be observed, says Senior Defence Minister Datuk Seri Ismail Sabri Yaakob.

"Of this figure, 23 individuals have been remanded, three were released on bail, while 304 others were served with compound notices," he said on Satuday (July 25).

From May 13 to July 24, the Domestic Trade and Consumer Affairs Ministry inspected 132,919 premises and issued warnings to 301 for flouting safety protocols.

From April 20 to July 24, the Construction Industry Development Board (CIDB) issued warnings to 564 construction sites for not observing standard operating procedure (SOP).

CIDB had also ordered 19 sites to be closed down for flouting the SOP.

"Yesterday (July 24), CIDB inspected 25 sites. Four did not observe SOP and one site was not operational," he said.

Ismail said the Compliance Operations Taskforce led by the police on Friday carried out 63,511 inspections nationwide on Day 44 of the recovery MCO.

Since March 30, the Housing and Local Government Ministry has carried out 9,363 sanitisation operations at 134 zones, he said.

"On Friday, 12 sanitisation operations were carried out at 11 zones in four states, namely Sabah (eight operations), Melaka (two), Pahang (one), and Sarawak (one).

"During this recovery MCO period, the government urges the public and industry players to observe safety protocols, including social distancing, especially during daily transaction activities," he said. 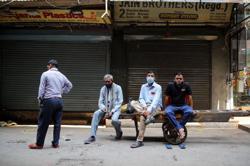