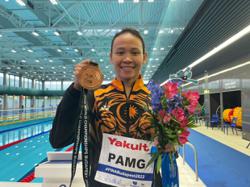 The Senior Minister (Security) said the ruling was made following the increase in positive Covid-19 cases for the past three days and lower compliance to standard operating procedures (SOP) among the public.

“Given the increase to double digits of Covid-19 cases, the government has decided to make it (wearing face masks in public) compulsory in crowded public spaces, especially indoor ones as well as on public transport.

“Those who do not comply with the ruling can be issued with a RM1,000 compound notice under the Prevention and Control of Infectious Diseases Act 1988 or prosecuted in court, ” he told a press conference in Parliament yesterday.

During the recovery movement control order, violators of the regulations can be issued a RM1,000 compound or brought to court where they could be fined or jailed.

The government had refrained from making it compulsory previously as such a ruling could have impacted the lower-income group financially, he added.

“Ideally the masks should be changed every three hours but one face mask per day is also acceptable. However, the World Health Organisation (WHO) has ruled that people can make their own face masks following a strict set of specifications. In Malaysia, the Health Ministry will issue the specifications for home-made face masks soon, ” he added.

Ismail Sabri reminded everyone to comply with the SOP, especially in wearing face mask and maintaining social distancing.

“Although it is only compulsory to wear face masks in public from Aug 1, the people should start wearing them sooner, especially those travelling on public transport to “balik kampung” for Hari Raya Aidiladha.

Asked whether the number of visitors for Hari Raya Aidiladha will be limited, Ismail Sabri said the government had not decided on that yet.

“However, if there is a significant spike in cases and the Health Ministry advises as such, we will look into the matter. 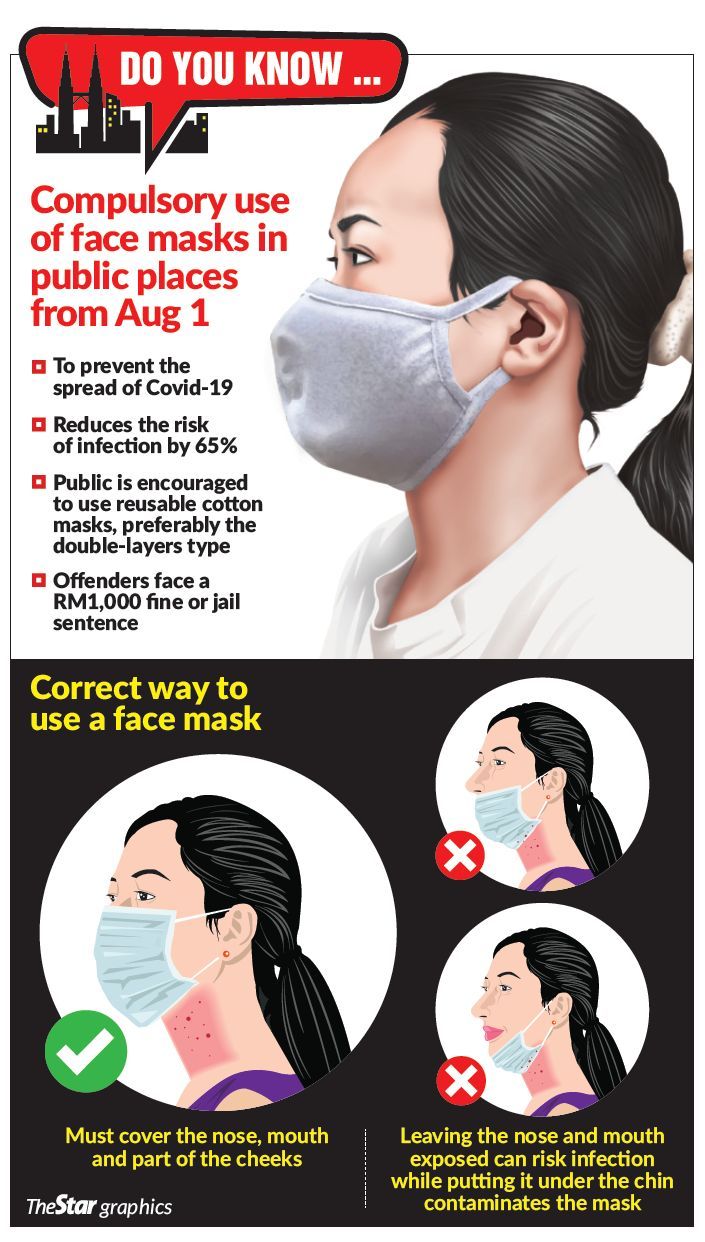 “The government’s decision and ruling can change based on the latest development, ” he added.

On another matter, Ismail Sabri said all incoming travellers to Malaysia would have to undergo mandatory quarantine starting today.

He reminded the public that the ruling applied to both Malaysians and non-citizens who had been allowed to enter the country, with the full cost to be borne by the returnees.

“The Health Ministry discovered that 50% of those who are undergoing home quarantine do not follow the SOP.

“As announced previously, the government will not allow home quarantine anymore starting Friday as all travellers will be subjected to compulsory quarantine at hotels and quarantine centres, ” he said.

The cost for the quarantine would be borne by the returnees, he added.

From June 10 until July 22, a total of 23,456 Malaysians returned to the country through the Kuala Lumpur International Airport, he added.

“A total of 23,378 of them were instructed to undergo home quarantine while 79 were sent to hospital for treatment.

“On Wednesday, a total of 588 Malaysians returned through KLIA and KLIA2. They returned from various countries, including Hong Kong, Indonesia, Qatar, Singapore and Brunei, ” Ismail Sabri said.

Meanwhile, a total of 121 people were detained on Wednesday for violating the recovery movement control order (MCO), he added.

“Eighteen of them were remanded while the remaining 103 were issued with compounds. They were involved in activities that hampered social distancing as well as other activities that violated the SOP.

“The time for advice and warnings is over. The police will take sterner action on the violators, ” Ismail Sabri said.

“A total of 78 boats and ships along with other 179 vehicles were seized during various operations.

“The government is serious in preventing the entrance of illegal immigrants into the country, especially through “lorong tikus” (secret passages), ” he said.

On Wednesday, the police conducted 67 roadblocks nationwide and inspected 29,830 vehicles, he added.