‘Hill man’ Gurdial to the rescue

At one with nature: Gurdial, who has been hiking for 30 years, helps to locate missing hikers and create new trails up to Penang Hill. — CHAN BOON KAI/The Star

An avid hiker for the last 30 years, Gurdial and his Hash House Harriers friends have created hundreds of trails up to the popular Penang Hill.

He is also the man most people look for when emergencies occur in the area.

“It’s not difficult to find missing hikers if one knows the hill well. Over the years, my friends and I have helped to bring down around 12 people who lost their way, ” he said.Gurdial, 61, said there were rules to follow in trying to locate a missing hiker.

Citing the example of fresh trails, he said these routes were something that seasoned hikers would know even during night time.

“We will also ‘staple’ the leaves, so that we will know that we passed the paths earlier during the search and to look for other trails the hikers could have used before they got lost, ” he explained.

These new trails, Guridal added, were for the Hash group and not for regular hikers, who could lose their way if they were not familiar with the paths. 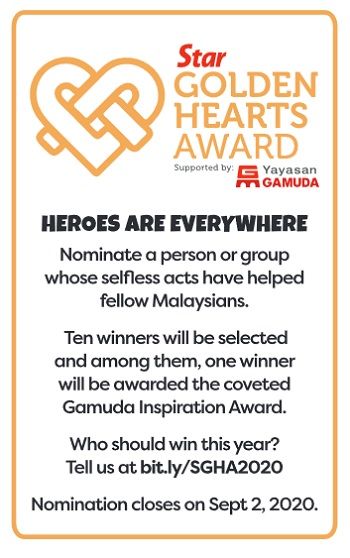 “We also carry a lot of water during searches because people do not ‘plan’ to get lost. They would probably have a bottle or two of water and then become dehydrated when they get stuck up there.

“And we do not call out the names of the lost hikers. As hikers ourselves, we believe there are spirits up in the hills, so certain code words are used, ” he said.

He advised those who get lost not to panic.

“Remain calm. This is something difficult to do, but we will definitely get to them – we are familiar with trails as this is what we do, ” he said.

He acknowledged that there were fears among hikers of being bitten by snakes, adding that the hills were also home to wild boars.

Gurdial, a general manager at a manufacturing company, said his group would always be there when they were called upon by the police or the Fire and Rescue Department for help.

“Every life matters. We know trails which could bring us up to certain spots within 20 minutes.

“I will continue doing this as long as I can, as I would like to see hikers return safely from their journey up in the hills, ” he added.

Gurdial, who is married with two children, also ensures that no plants or trees are cut down when creating new trails.

He recalled an incident in 2015, when many agarwood trees were chopped down in the Botanical Gardens as they fetched a huge price.“I reported it to the authorities as it was totally irresponsible to do something like this, ” he said.

He added that the Forestry Department subsequently raided some campsites believed to be used by agarwood tree poachers.

Gurdial has written a book titled Nature Trails of Penang Island, a collaboration with the Malaysian Nature Society.