KUALA LUMPUR: Minister in the Prime Minister’s Department Datuk Takiyuddin Hassan said Ramkarpal Singh would be referred to the Rights and Privileges Committee if he failed to back up his claims that there was a precedent for an MP playing an audio or video recording during proceedings.

He said checks on parliamentary records showed that there was no precedent as claimed by Ramkarpal during his speech on the Royal Address on Tuesday (July 21).

Takiyuddin, who is in charge of law and parliamentary affairs, said Ramkarpal’s “baseless” claim was an attempt to mislead the House and was also an offence under Standing Order 36 (12).

“Therefore, for the sake of justice and the benefit of the doubt, YB Bukit Gelugor (Ramkarpal) will be given the opportunity to prove that allegation until the end of Parliamentary proceedings on Wednesday (July 22).

“It is stressed that YB Bukit Gelugor’s failure over his claims will cause him to be referred to the Rights and Privileges Committee under Standing Order 36(12), ” said Takiyuddin in a statement on Wednesday (July 22).

During Ramkarpal’s speech on Tuesday, he claimed that sometime in 2007, a former Bukit Gelugor MP had played an audio recording during parliamentary proceedings.

“I’m giving the House the best evidence, and I’m playing the recording itself, instead of me repeating or reading from it.”

In response, Deputy Speaker Datuk Seri Azalina Othman Said told Ramkarpal that he should have given an early notice that he was about to play an audio recording during parliamentary proceedings.

“Because I’m quite surprised. This is not a court, this is a debate, ” said Azalina, who ruled against Ramkarpal’s request to play the recording during his speech.

Ramkarpal then proceeded with his debate by reading out a transcript of the audio recording.

The audio recording, which made the rounds last May, purportedly featured Muhyiddin’s voice plotting to entice Umno leaders to join forces with promises of being appointed to the Cabinet and GLCs positions.

The audio recording was allegedly taken during a Parti Pribumi Bersatu Malaysia (Bersatu) Supreme Council meeting held before the “Sheraton Move” on Feb 23, where MPs from Barisan, Bersatu and some from PKR gathered at the Sheraton Hotel, Petaling Jaya in show of support of a new coalition to replace Pakatan Harapan.

Following the “Sheraton Move”, Bersatu MPs and PKR MPs aligned to Datuk Seri Azmin Ali exited Pakatan, triggering the collapse of the Pakatan government and the emergence of the Perikatan Nasional led by Muhyiddin. 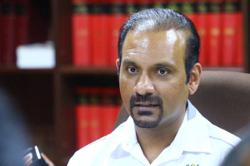 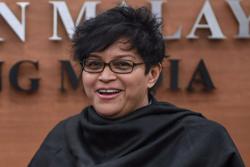