JOHOR BARU: The Domestic Trade and Consumers Affairs Ministry has seized some RM38,795 worth of fake goods during an operation in Johor.

State director Mohd Hairul Anuar Bohro said that 40 enforcement officers raided four businesses in the operation at 5pm on Tuesday (July 14) after receiving complaints and gathering information for a week.

“The premises were believed to be selling fake clothes, bags, wrist watches, and shoes from various well-known brands. We seized 627 units of various fake goods, ” he said here on Saturday (July 18) adding that the case was being investigated under Section 102(1)(b) of the Trademark Act 2019.

He added that for companies, the offence carries a maximum fine of not more than RM15,000 for every fake item sold.

“The Ministry will like to remind traders in Johor to always abide by the rules and regulations by not selling fake goods in the state. We would also like to encourage consumers to channel information and complaints about the selling of fake goods to the Ministry, ” he said. 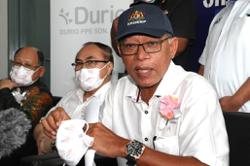 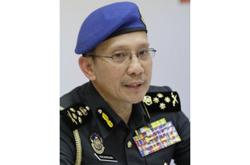