Children of squatter families in the Pujut Corner slums in Miri city. - Stephen Then

MIRI: Many Sarawakian workers in the private sector statewide have been hard hit by job losses as well as prolonged unpaid leave forced on them, says Dr Teo Yu Keng.

The Miri MP told The Star Tuesday (July 14) that he has received information that native workers, especially rural-urban migrants, are losing their jobs at an alarming rate.

"I was told that native workers in tourism-related sectors such as hotels and tour operators, and also workers in agricultural plantations and estates are being retrenched every month.

"There are also workers who are being forced to go on unpaid leave for up to three months at a time.

"This has the same effect as being fired for good. Blue-collared workers, especially, are losing their jobs at alarming levels and this has been going on every month since about three months ago," he said.

Dr Teo, who is PKR national vice-president and Sarawak PKR vice-chairman, said many of the workers in the private sector in Miri are rural-urban migrants.

These native migrant workers are ending up living in the squatter colonies all over Miri, he said.

"Rough estimates show that there are at least 4,000 families living in squatter colonies in Miri now and most are natives.

"The number is growing as more and more jobless rural migrants set up home in these slums in Miri after losing their jobs in the city," he said.

Dr Teo said the economy in Miri is badly stung by the economic slide caused by the Covid-19 pandemic.

This is because of the over-dependence on oil and gas projects and tourism, both of which are hitting low levels, he said.

Dr Teo said he will raise the issues affecting Sarawak in the Dewan Rakyat meeting that is currently ongoing in Kuala Lumpur. 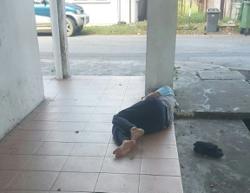 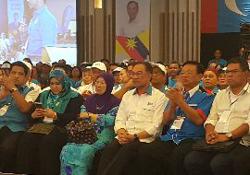