Highway by-passing Brunei must be priority after fee hike by sultanate, says politician

Vehicles queue up at the Miri border checkpoint to cross from Sarawak to Sabah via Brunei. Starpic by Stephen Then.

MIRI: The Federal Government and Sarawak state government must start construction of a new highway linking northern Borneo that will by-pass Brunei, following the latest move by the sultanate to impose new exorbitant travel charges on land commuters.

Progressive Democratic Party secretary-general Datuk Nelson Balang Rining on Firday (July 10) said the latest move by Brunei to impose land entry and exit fees of B$3 per foreign traveller was too expensive and was unreasonable.

"The decision by Brunei to start imposing the new charges (starting Aug 1) is going to hurt us Malaysians badly.

"Business people and residents in the districts of Miri, Limbang and Lawas who commute through Brunei daily for commercial and social purposes will suffer due to these latest travel charges.

"Every person entering or passing through Brunei will be charged B$3 at their checkpoints.

"That is about RM10 ringgit per person in our currency.

"A family of five persons inside a car will have to pay a total of about RM50 per entry.

"From Miri to Limbang to Lawas to Sabah, we have to pass through at least eight border checkpoints.

"Just imagine the charges we have to fork out just to pass through Brunei.

"This is way too expensive. Last time, the toll charges imposed by Brunei was B$3 per vehicle regardless of the number of persons in the vehicle.

"Now the travel charges are counted by the number of persons in a vehicle," he said.

Balang said the federal and state government have said many times that a new highway by-passing Brunei would be built.

He said top priority must now be given to start this project.

"If indeed this new highway by-passing Brunei can be realised, it will save Malaysians so much travel expenses.

"We are already suffering badly due to the ongoing economic woes caused by Covid-19," he said.

At present, road travellers from Miri wanting to go to Limbang, Lawas and Sabah have to pass through Brunei.

They face a lot of immigration and customs procedures at eight checkpoints besides the hefty Brunei road travel charges.

The road through Brunei is the only land route connecting Miri and Limbang and onwards to Lawas and Sabah.

This issue has been discussed since the 1980s. 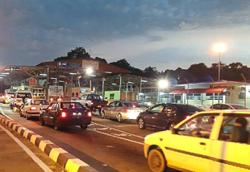 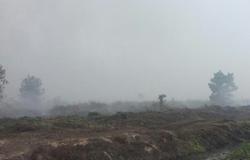