Essential elements: Manickavasagam with his worker Romadi, 48, at one of the watering system tanks being filled at his modest melon production plot in Shah Alam. — Bernama

SHAH ALAM: Inspired to branch out into farming, a private college manager has been reaping the fruits of his labour with rock melons grown on the rooftop of Plaza Sri Muda for the past 10 years ago.

P. Manickavasagam, 60, said his hydroponic and fertigation system melons were easy to grow.

“They are of grade A and do not spoil easily. I manage the Vis Mechatronic College on the third floor of Plaza Sri Muda. When I saw the open-air carpark on the fourth floor wasn’t being used, I decided to rent it for growing rock melons.

“With knowledge provided by the Klang Agriculture Department and my skill, the farm is well-maintained and the yield has been good, ” he told Bernama of his 3,600 melon vines growing in a 30.5m x 61m plot. Hands on: Manickavasagam keeping an eye on his produce. — Bernama

“I set up the automated system using a fuse box and computer to determine the fertiliser and water application times.

“The system consists of a 600l tank filled with water and fertiliser which is streamed into the pipes every two hours, six times a day, ” he said.

He said it would take a maximum of 75 days for the fruit to be ready for harvest and each time he could reap RM7,000 to RM8,000 in revenue.

“When the melons are ripe and ready for picking, we’ll pass the grade A fruit weighing over 1.5kg to wholesalers while the rest is sold to supermarkets here.

“The plants can yield at least 1.5 tonnes of fruit which we sell at about RM4 per kg, ” said Manickavasagam, who has three daughters. 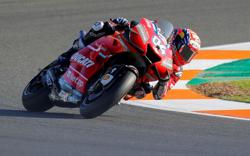