Kumaran Kasinathan, 41, has been bedridden for the past 11 years after an accident which left him paralysed below the waist.

His elder brother Elango, 43, has been in a coma following an accident about a year ago.

Both of them are being cared for by their elderly mother.

The following day they received a phone call from two men claiming to be representing the Ministry of Women, Family and Community Development.

They told the family they had to bank in RM450 into a bank account to receive their welfare payment.

Kumaran borrowed cash from his sister to pay the men and only realised he had been scammed when there was no money in his account the next day as promised by the scammers.

One of the men had identified himself as “Datuk Ganesan”. The victim said he fell for the scam as it had coincided with the visit from the state assemblymen the previous day. 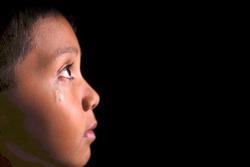