SWCorp in battle against secret societies and gangsters

Its Enforcement and Regulatory Division director Mohd Zaki Harry Susanto said that most of these operators are believed to be linked to gangsters and secret societies.

"In fact, they can easily be identified by a certain symbol or logo which is pasted at the front side of their lorries, for easy recognition among them, ” he told Bernama recently.

He also said there were cases where SWCorp enforcement officers received threats while patrolling illegal dumping sites, and some had even been attacked by groups believed to be “protectors” of the areas.

Zaki added that the presence and demand of illegal waste disposal sites had been influenced by among others, the cost factor, as these operators provided much cheaper and more “efficient” services.

“The prices charged by illegal landfill operators vary. Normally, it will depend on the types of waste to be transported and the price could further be negotiated to be around RM10 to RM60 per trip, ” he said.

Based on records and receipt books seized in most Ops Sampah Haram (illegal waste operation), Zaki said the illegal landfill operators’ takings depended on frequency of lorries arriving at the sites.

"In the active areas, total profits are estimated to be over RM1,000 per day and at the less active (areas), they could still earn a few hundred per day, ” he said.

Asked regarding the operators’ modus operandi, he said based on intelligence reports, operators would first identify locations which were seen to be suitable as dumping sites.

"Normally they would choose an abandoned and secluded area, regardless whether the land belongs to the government, an individual, is reserved land or land without any ownership, ” he said.

After identifying the location, the operator would encroach onto the land, start clearing and digging to fill in the rubbish before covering and levelling the site when the maximum capacity is reached.

Some of them even install fencing to hide their activities, as they take in all types of waste, as long as they are paid according to the price fixed, he added.

"Subsequently, they will start informing the waste disposal lorry drivers on the existence of the new landfill site via certain WhatsApp groups, ” he said, adding that some would contact or meet the drivers personally.

A total of 2,579 illegal dumping sites were detected and shut down from 2014 until April this year. From January to April this year, SWCorp conducted 798 Ops Sampah Haram, in collaboration with other enforcement agencies. – Bernama 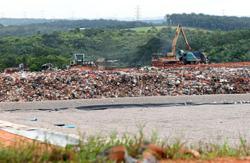 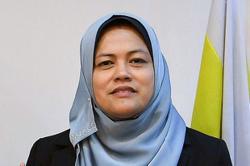 Face masks being disposed of indiscriminately 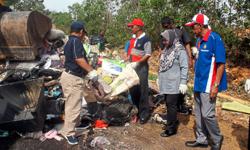 Landfill’s completion a must