PUTRAJAYA (Bernama): Baling MP Datuk Seri Abdul Azeez Abdul Rahim and his brother Datuk Abdul Latif have withdrawn their appeals against a High Court's dismissal to transfer their cases from the Sessions Court to the High Court.

Justice Yaacob who chaired the bench said the case would remain in the Sessions Court.

Earlier, lawyer M. Athimulan appearing for both brothers informed the court that his instruction was to withdraw the appeals. Both cases were separately called up by the court Monday (June 22).

Abdul Azeez, 53, and Abdul Latif, 62, were given an exemption by the court not to attend Monday’s proceeding.

Athimulan explained to the court that the Attorney General's Chambers had applied for transfer of Abdul Azeez and Abdul Latif's cases from the Sessions Court to the High Court and the defence supported the prosecution's application.

On the corruption charges, Abdul Azeez was alleged to have committed the offences at the CIMB Bank, UAB Tower branch in Jalan Tun Perak, Kuala Lumpur on Dec 8,2010, and at Affin Bank Bhd in Setiawalk, Persiaran Wawasan, Pusat Bandar Puchong, Selangor on June 13,2017, and April 10, last year.

For the money laundering charges, Abdul Azeez was accused of committing the offences around the Klang Valley between March 8,2010, and Aug 30, last year.

Meanwhile, Abdul Latif is accused of abetting Abdul Azeez who is alleged to have received RM4mil in cash from one Mohammad Redzuan as gratification to help Syarikat Menuju Asas Sdn Bhd secure a road project through limited tender from the Works Ministry.

The trial has been fixed on Aug 18.

Deputy Public Prosecutor How May Ling appeared for the prosecution. – Bernama 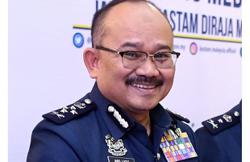