KUALA LUMPUR: Former prime minister Datuk Seri Najib Razak was a man of immense power and this came as a disadvantage as it made it harder for his lawyers to mount his defence, the High Court heard.

Lead counsel Tan Sri Muhammad Shafee Abdullah said it was complicated for the defence team in the SRC International Sdn Bhd’s trial to produce Najib’s defence due to his high stature and public prejudice surrounding the case.

“The truth of the matter in our defence is that it has become complicated for us to produce the best defence possible, namely because we are stating the truth.

“Our client (Najib) is the victim of a scam in a series of misrepresentations by the likes of Low Taek Jho (or Jho Low), Nik Faisal Ariff Kamil and a bunch of rogue bankers and other senior management of SRC International,” Shafee said in the opening of his submission yesterday.

Both Jho Low, who is a businessman and financier, and Nik Faisal, former SRC International CEO, are still at large.

“It is extremely cumbersome and a difficult defence because our client was surrounded by the people, who committed the scam, where Najib himself is a victim,” Shafee said.

He said the case became complicated simply because of all the personalities involved.

Shafee said the high-profile case had raised questions with a pertinent one being how a man of Najib’s stature was unaware of the circumstances of the money coming into his bank accounts.

He said the prosecution had been pushing its case in the context of a powerful man could not be unaware of the going-ons in his bank accounts.

“It is very easy for anyone, perhaps even the court, to be so fortified in this belief that the circumstances surrounding Najib would deprive him of the defence that would otherwise be available to a commoner,” he said.

at the end of the whole case,” he said.

“I think these are the principles to be properly kept in mind, which

I’m sure Your Honour is more than conscious of this,” he said.

Najib’s defence had largely contended that he did not know the monies in his bank accounts originated from SRC International, a subsidiary of 1Malaysia Development Bhd.

Najib is facing seven charges – three for criminal breach of trust, one for abuse of power and three for money laundering involving funds totalling RM42mil. 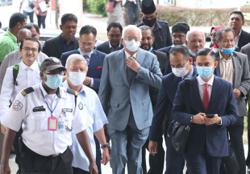 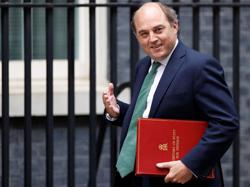