He posted this after a visit by former prime minister Datuk Seri Najib Abdul Razak to his home on Tuesday (June 2) night.

Umno and Barisan Nasional are part of the ruling Perikatan Nasional government, together with PAS, GPS and several lawmakers from Parti Pribumi Bersatu Malaysia and former PKR MPs.

While Bersatu president Tan Sri Muhyiddin Yassin is the Prime Minister, former premier Tun Dr Mahathir Mohamad has ramped up attacks on him, signalling a split in the party and that another power struggle is on the cards.

Dr Mahathir Mohamad recently insisted he was still Bersatu chairman following his ouster from the party.

Talk of several more Bersatu lawmakers aligning themselves with Dr Mahathir comes after Bersatu had terminated the memberships of the former premier and four other Bersatu MPs from the party on May 28.

Dr Mahathir and four other Bersatu MPs were issued termination letters by the party following their move to sit in the Opposition bench during the one-day Dewan Rakyat meeting on May 18.

Bersatu secretary-general Hamzah Zainuddin, who is also Home Minister, insists that Dr Mahathir and the four other former Bersatu leaders had terminated their memberships of their own volition and were not expelled.

He said the five terminated their membership because they went against the party constitution, adding that they would now have to ask permission if they want to come to the Bersatu headquarters. 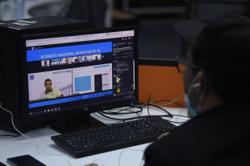 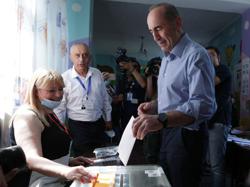