KUALA LUMPUR (Bernama): The High Court here has set July 2 to hear a lawyer's application to withdraw his suit to declare the existence of vernacular schools as unconstitutional.

He also directed the plaintiff, Mohd Khairul Azam Abdul Aziz, and the three interveners in his legal suit, namely the Chinese Language Council, the Tamil Language Association and the Confederation of Former Tamil School Pupils, to file their submissions before June 25.

The three parties, who are represented by lawyer T. Gunaseelan, are objecting to Mohd Khairul Azam's withdrawal application.

Lawyer Abdul Rahim Sinwan, who is acting for Mohd Khairul Azam, told reporters that besides the three parties, the two defendants, namely the Malaysian government and the Education Minister, and the other 11 interveners did not object to his client's withdrawal application.

In January, Mohd Khairul Azam filed the suit seeking a declaration that Sections 28 and 17 of the Education Act 1996 (Act 550), which allow the use of Chinese and Tamil languages as the main medium in vernacular schools, are against Article 152 of the Federal Constitution.

On Feb 12, Justice Nordin allowed 14 political parties and organisations to intervene in his lawsuit.

Mohd Khairul Azam, however, was reported to have recently sought to withdraw his legal suit. - Bernama 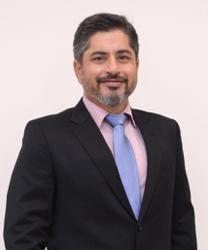 Application for stay to be heard on Oct 1