BALIK PULAU: Forty-two individuals, including 12 women, got themselves in trouble with the law after they were found gathering along the famous Seagate beach at Bayan Lepas here on Sunday (May 31) night.

Balik Pulau OCPD Supt A. A. Anbalagan said the individuals were detained during an operation conducted by a task force from the district police headquarters.

"During the operation, we found them to be gathering in groups and loitering along the beach.

"Despite the constant reminders through various media platforms from the government, they chose to ignore the ruling that was imposed," he told reporters after the operation.

The two-hour operation, which ended around 12.30am on Monday (June 1), saw all 42 individuals brought to the police headquarters and issued compounds of RM1,000 each.

Supt Anbalagan said those detained were issued compounds under Regulation 7(1) of the Prevention and Control of Infectious Disease Regulations. 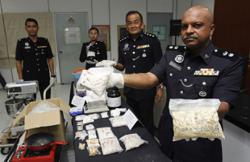 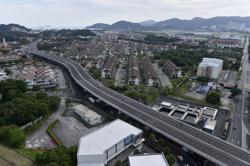