PUTRAJAYA: The number of new Covid-19 cases has leapt to triple digits once again following the discovery of a new cluster traced to a cleaning services company.

There were 103 new cases yesterday, a sudden jump after the country saw a total of 25 cases recorded on Wednesday and Thursday.

On Tuesday, there were 187 cases with about 90% of them involving foreigners at the Bukit Jalil immigration detention centre.

Health director-general Datuk Dr Noor Hisham Abdullah said yesterday that 53 of the new cases were discovered from the Pedas cluster, which is linked to factory workers in Negri Sembilan.

“They were all close contacts of the positive cases that have been detected previously,” he said, adding that they tested positive while under quarantine.

On the cleaning services cluster, Dr Noor Hisham said 24 infections were detected. All were Bangladesh nationals.

“The cases were discovered after a private clinic conducted screening on the workers of the cleaning services company,” he said.

Of the 24 cases, 20 of them live in a hostel in Kuala Langat, Selangor while the others stayed in an apartment in Nilai, Negri Sembilan.

The ministry, he said, identified 428 close contacts of the cases in the cleaning services cluster and that these people would be screened.

“We have seen that from May 4 until now, almost 78% of our positive Covid-19 cases involved foreign workers.”

“We find that due to living in confined spaces, foreign workers could not practise social distancing.

“If one person is positive, the whole household can be infected.

“This is a lesson learnt for us, and this is why we need to address this issue of cramped living conditions as soon as possible.”

“We are not looking into a sector anymore, but at workers’ accommodations,” he said.

Employers, he said, were advised to screen their foreign workers.

Of the 103 new cases, seven are imported while the rest are local transmissions.

Yesterday was also the seventh consecutive day in which no death was recorded.

The country’s total infections so far is 7,732. 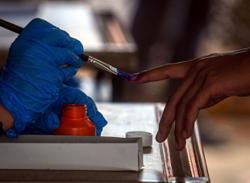 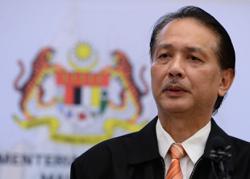