Conditional MCO extended for another four weeks to June 9 In a live broadcast on Sunday (May 10), Muhyiddin said that this was based on the sentiment of the people who wanted the government to continue to take precautions to contain the Covid-19 pandemic.

"On the advice of the Health Ministry, I announce the conditional MCO, which will end on May 12, to be extended for another four weeks to June 9," he said.

"This means all rules and standard operating procedures (SOP) during the conditional MCO will continue to be enforced until June 9. Any changes to the SOPs or lists of sectors which will be allowed to operate would be announced from time to time," added Muhyiddin.

He also said that mass movement across state borders would not be allowed, noting that several festivals will fall during the MCO period.

"There is Hari Raya Aidilfitri, the Kaamatan Feast and Hari Gawai. I remind all of you that the ban on interstate movement stays.

"Many apologies and I beg your forgiveness. But for your safety and health, returning to your hometowns across state borders for Hari Raya purposes will not be allowed," said Muhyiddin.

In his speech, Muhyiddin also said that the government would extend the appeal period for Bantuan Prihatin Nasional (BPN) to May 31 for those whose applications failed the first time.

Muhyiddin said that Finance Minister Tengku Datuk Seri Zafrul Tengku Abdul Aziz had agreed to extend the appeal period from its initial closing date of April 30 after taking into account the complaints received.

He said he could not promise all appeals would be approved, but said that those who qualify would get what is due.

As of today, the number of BPN recipients total 10.6 million people and involving RM11bil.

This will be the fifth time that the government has decided to extend the MCO.

The MCO was first enforced on March 18 for a two-week period after a spike of Covid-19 cases in the country.

It was then extended in phases, each phase lasting two weeks.

The country is now in the fourth phase of the MCO, which will be in place until May 12.

However, on May 4, the government imposed the fifth phase, called the conditional MCO, which allowed almost all economic sectors to reopen.

Muhyiddin: Most of the country are green zones, but Covid-19 remains the 'silent enemy' 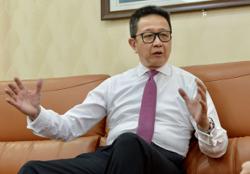