IPOH: A 32-year-old man flew into a rage after he was awoken from his sleep and beat two of his sisters with a broom outside their mother's eatery in Kampung Gajah, about 62km from here.

Perak Tengah OCPD Superintendent Barudin Wariso said the suspect flew into a rage when one of his sisters, aged 19, was sweeping the floor in the living room where he was sleeping at about 2.40pm on Friday (April 24).

"Their younger sister, aged 15, tried to stop him and ran out of the house with her sister.

"He picked up the broom and went after them, hitting the younger girl on her buttocks three times. The older sister was hit on the knee," he said in a statement on Saturday (April 25).

Supt Barudin said their mother, who saw the incident, reprimanded the suspect but he threatened her instead.

"He picked up a hoe and threatened to hit her. He also picked up a chair but then put it down in anger.

"The girls suffered some bruising, but are otherwise fine," he said.

Supt Barudin said the suspect had been arrested and remanded, adding that he had records for two drug-related crimes.

Not your average squabbles 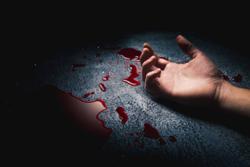 Man slashes brother with machete during argument in Perak 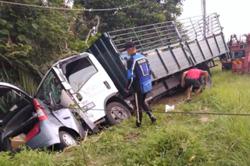