PETALING JAYA: Malaysia has not recorded any domestic malaria (indigenous) cases since 2018, says the Health Ministry.

Health director-general Datuk Dr Noor Hisham Abdullah said that if Malaysia succeeded in maintaining this until 2021, Malaysia would be eligible to apply for malaria-free status certification from the World Health Organization (WHO).

An indigenous case is defined as acquired by mosquito transmission in an area where malaria is a regular occurrence.

More than 5,000 indigenous malaria cases were reported in the country in 2010, with this dropping gradually in the following years, and a drastic drop in 2015 to more than 200 cases.

Dr Noor Hisham, however, said that zoonotic malaria caused by monkeys and cases of imported malaria from abroad were still being reported in the country.

A zoonotic disease is one that has spread between animals and humans.

In the same year, a total of six deaths were reported, all of which involved zoonotic malaria infection from the Plasmodium Knowlesi species.

Dr Noor Hisham said that the Covid-19 pandemic had major implications on the public health system, including the control of infectious diseases, and the control of malaria was no exception.

"In addition to implementing Covid-19 infection prevention activities, there are critical actions for the prevention of other infectious diseases, including malaria.

"In this regard, the Health Ministry has taken the necessary steps to ensure that malaria control and prevention activities are not affected so that the zero local malaria infection (indigenous) achieved by Malaysia since 2018 will be sustained," he said in a statement to observe World Malaria Day, which is commemorated every year on April 25 to recognise global efforts in controlling the disease.

He added that Health Ministry had ensured that the supply of equipment for the diagnosis and treatment of malaria was not affected, while screening among risk groups was still ongoing.

He said that plantation companies should supply medicated mosquito nets and carrying out prevention activities such as the spraying of residual poisons.

He also advised those displaying symptoms of malaria such as fever, chills, sweating and weakness to seek immediate treatment.

According to the WHO, high-risk populations included labourers in agriculture, farming and forestry sectors and aboriginal groups in Sabah and Sarawak. 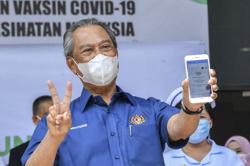