PETALING JAYA: The Malaysian Trades Union Congress (MTUC) has raised concerns over the fact that the Social Security Organisation (Socso) would be bearing the cost of Covid-19 screenings for workers.

Its president Datuk Abdul Halim Mansor said it disagrees with the government’s decision that Socso will pick up the tab for the screening costs of employees of companies allowed to work during the movement control order (MCO).

“MTUC is disappointed and protests the decision that the screening costs should be borne by Socso, ” he said in a statement on Friday (April 17).

He said that the funds were meant for the social protection of employees against invalidity, occupational injuries and death.

“It is meant to protect workers, not meant to be used for efforts against a pandemic, ” he said, adding that Socso is only meant to pay out claims filed by those eligible for the aid.

He added that since it was the employers who requested to resume operations, they must follow the guidelines and bear the costs.

“The allocation for the costs (for screening workers) was not announced in the RM250bil stimulus package announced by the Prime Minister.

“In the stimulus package, the employers and the SMEs have been given assistance, and they are the ones who are being given permission to operate.

He also said that MTUC had received complaints from workers forced to return to their workplaces, working overtime, without transportation or safety equipment provided.

He urged for the authorities to conduct checks at business premises, whether big corporations or smaller enterprises.

International Trade and Industry Minister Datuk Seri Azmin Ali had said companies that are allowed to gradually reopen operations during MCO must adhere to strict conditions.

Employers must ensure all their workers undergo Covid-19 screening at any of the 3,000 Socso panel clinics nationwide.

Companies are also to submit the registers of workers involved in the operations and to ensure their workers’ movement is confined to leaving their homes to the workplaces and back.

The companies must also provide thermal scanners and must screen workers for Covid-19 symptoms, with the readings of the workers recorded and kept for at least three months. 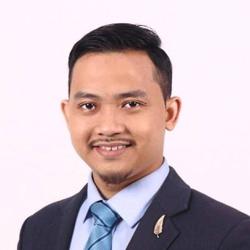