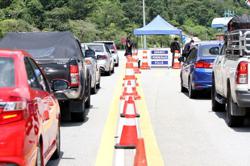 KUALA LUMPUR: A total of 376 people, including delivery riders, have been detained for various drug offences at roadblocks set up during the movement control order (MCO), says Comm Datuk Ramli Din.

The Bukit Aman Narcotic Crimes Investigation Department (NCID) director said the new modus operandi for drug syndicates is to use delivery riders to send their "packages" during the MCO period.

"We arrested 376 people at roadblocks for drug offences since the start of the MCO.

"Some 50% of them used motorcycles while 41% used cars to deliver the drug packages while the remaining 9% used other vehicles.

"Eight of the cases involved those who use services such as Grab Food, Grab Car, Lalamove, Food Panda and Bungkusit," he told a press conference in Bukit Aman on Friday (April 17).

During the MCO, some drug syndicates are taking advantage of the situation by using delivery services, especially food delivery riders, to push their drugs, he added.

"Not all delivery riders are involved in this illicit operation.

"We also encountered those who came forward when they were suspicious of the packages they were supposed to send," Comm Ramli said.

However, those complicit in delivering drugs would often demand higher payment from the syndicates, he added

Comm Ramli said one of the interesting cases involved drugs hidden in "roti canai" in Gombak on April 13.

"The food delivery rider was suspicious of his package and went to the police station and asked for the package to be inspected.

"We discovered 11.04g of ganja hidden in the roti canai packaging. We managed to detect and detain the man who was the intended recipient of the package," he said.

Further investigation led police to another man, who was the sender of the package, he added.

"We arrested the man along with two other accomplices and seized 379.98g of ganja packed in several packets," Comm Ramli said.

NCID personnel will be stationed at roadblocks nationwide given the spike in drug-related cases, he added.

"We are committed to curbing drug trafficking and abuse. 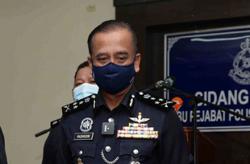 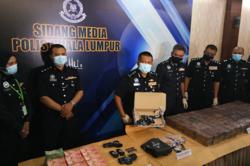