Covid-19: Sarawak moves to get cash aid to the blind and other disabled who are isolated 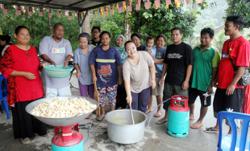 MIRI: A senior welfare officer has been assigned to specifically look into the plight of the blind and other disabled people in urgent need of cash and food aid due to the Covid-19 outbreak, says Sarawak Welfare Minister Datuk Seri Fatimah Abdullah.

“I have assigned my Social Welfare Department officer to look into this.

“Thank you for highlighting their situation to us, ” she told The Star.

The Star had earlier reported that visually-impaired and other disabled people may have heard about the many Covid-19 related financial aid programmes announced by state and federal authorities, but many are isolated or living alone, and have no real avenue to receive this assistance.

Furthermore, under the movement control order (MCO), there are no public buses or express boats to bring them to banks in cities and towns.

“Please bring the cash to us so we can buy food at the places where we live, ” they have appealed to state and federal welfare ministries in Kuching and Putrajaya, respectively.

The Society of the Blind Malaysia (Sarawak branch) said both state and federal authorities must give top priority for aid-disbursement to all the handicapped in Sarawak as they are among the worst-hit from the MCO. 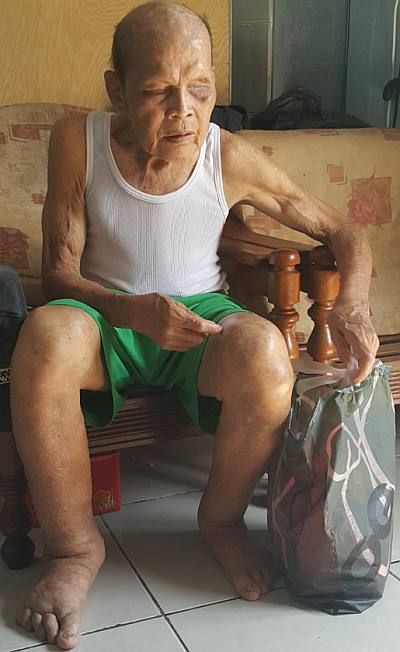 Oyo Emang who is blind and in his 70s is one of the many disabled needing urgent aid during this Covid-19 pandenic period. - Pic by Stephen Then

Out of the 40,000 physically handicapped in the state, at least 10 per cent are visually-impaired, said Society chairman Isak Ngau, who is himself blind.

He told The Star that he has already received calls from at least 180 blind people seeking immediate help.

Many visually-impaired and physically-handicapped people in Sarawak have no more money at all, he said.

“For more than a month now, those of us involved in the massage business, those playing music on the streets, those selling tissue paper and those doing handicraft, have been suffering badly.

“Our business has dropped to zero. We have no fixed monthly income.

“Only a handful of us working in private companies and government departments have monthly income. The rest of us who are blind or wheelchair-bound earn from one day to the next, and are surviving on a day-to-day basis.

“The cancellation of public transport like express boats and buses have made life even worse for us. We cannot travel to banks to receive our aid, ” said Ngau, who hails from Ulu Baram in the interior Miri Division.

He has appealed to state and federal welfare authorities to bring aid in the form of cash to all the visually- and physically-handicapped.

“We keep hearing many announcements by ministers over radio and TV about cash aid. State and federal ministries say that eligible recipients can get it via their bank accounts.

“But out of the 40,000 blind and physically-handicapped in Sarawak, about half are living in rural districts. How can we travel to the towns to get this financial aid since all the buses and boats have stopped operating?” he noted.

Ngau, who was a recipient of The Star Golden Hearts Award in 2017, said his society carried out a detailed survey last month in various parts of Sarawak and found the livelihood situation affecting their members was at a “critical level”.

He said the situation is just as acute in remote districts such as those along Sungai Rajang and Sungai Baram.

“There are more than 35,000 wheelchair-bound and more than 4,000 blind in Sarawak registered with the state government. There are thousands more not registered yet in rural areas.

“All of us are pleading to the state and federal government to give their financial aid to us now, ” he said.

Ngau also provided The Star with a list of 180 blind people who need immediate food aid, which has been forwarded to Fatimah. 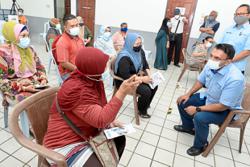