PETALING JAYA: A police officer who saved a stray puppy trapped in a monsoon drain next to a roadblock has won the hearts of Malaysians after a one-minute video of the rescue made its rounds on social media.

In the video, the unnamed police officer was seen inside the monsoon drain as he attempted to gain the trust of the terrified and anxious black puppy, which was straying further into the drain. 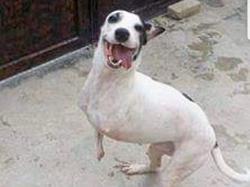