KUCHING: Two more people have died from Covid-19 in Sarawak, bringing the state's death toll to 12.

He died at the Sarawak General Hospital (SGH) at 1.37pm on Saturday (April 4).

The 12th death was a 53-year-old man from Batu Kawa here, who was admitted to SGH on March 31, and confirmed positive on April 2.

He said Sarawak also recorded 10 new positive cases, nine of whom are treated at SGH here and one at Sibu Hospital.

The state's cumulative total of positive cases since March 13 now stands at 264.

"On the whole, the trend of transmission in Sarawak is still not stable, with the number of new cases going up and down daily," he said.

Karim also said all foreigners were now banned from transiting in Sarawak, whether by air, sea or land. This decision comes into effect immediately.

In addition, he said flights between Kuala Lumpur and Sibu were cancelled until April 14, when the second phase of the movement control order is scheduled to end.

On another decision, he said hardware stores, stores selling agriculture input such as fertiliser and animal feed, as well as those selling spare parts for agriculture and industrial machinery would be allowed to open twice a week.

"These stores can open on Tuesdays and Thursdays from 7am to 7pm," he said. 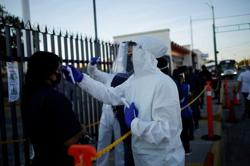 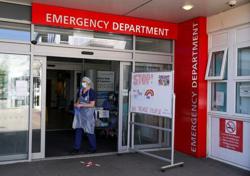 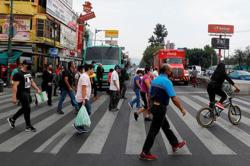