PETALING JAYA: The Albukhary Group of Companies is donating equipment and cash estimated to be more than RM15mil to various stakeholders to help in the fight against Covid-19 in Malaysia.

Al-Bukhary, in a statement on Saturday (April 4), said some of the aid had already been deployed from last week.

It said its relationship with Chinese automaker Geely, a partner in Proton Holdings, helped it to source medical equipment needed by Malaysian hospitals.

“This effort is coordinated through Li Shufu Charity Foundation (LSCF) in China to disburse the aid to various stakeholders in Malaysia, ” it said.

LSCF was set up in 2006 by the founder and chairman of Geely. Geely is the strategic partner of Proton after they acquired a 49.9% stake from DRB-Hicom in 2018.

Al-Bukhary said LSCF and Geely were sourcing ventilators for hospitals across the country.

“These ventilators are expected to arrive in mid-April, along with other gears such as medical protective clothing, protective face goggles, as well as medical masks, ” it said.

The group added that LSCF also assisted Europe in its fight against Covid-19, as Geely has a huge presence in the region.

“Various companies within the group have come forward to provide a variety of aid, including medical equipment to the Health Ministry, meal and food to government hospitals, media frontliners, and university students, loan of Proton X70 vehicles to the Health Ministry and high-range drones to the Armed Forces for monitoring and surveillance purposes," it said. 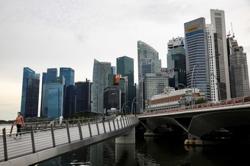 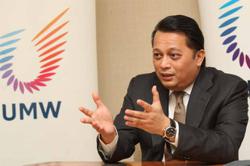