Doing the needful: Pertiwi Soup Kitchen volunteers handing out food at the shelters provided for the homeless by DBKL during the MCO.

PETALING JAYA: Soup kitchens have reacted to the new SOP on food distribution on a positive note, saying they will adapt quickly to it.

Pertiwi Soup Kitchen founder Datuk Munirah Abdul Hamid said Pertiwi, which has been handling soup kitchens in the city for a decade now, will abide by the guidelines issued by the authorities to ensure that the underprivileged do not go hungry.

She said Kuala Lumpur has the highest number of homeless and urban poor who depend on soup kitchens for meals.

“Everything is new but NGOs must adapt to the pandemic. We have been evolving with adjustments but our priority remains to feed the homeless and poor.

“DBKL (Kuala Lumpur City Hall) rescued the homeless from the streets and placed them in shelters around the city. And NGOs were given a schedule to provide food and other essentials such as toiletries, sanitary pads and clothing to them.

“Most of the regular NGOs which operate soup kitchens around the city are working with DBKL. We must be sensible as we are in a crisis mode and there must not be wastage, ” said Munirah.

“Food is dropped off at the centres for Rela personnel to distribute, ” said Munirah.

“The main worry is about the homeless who have yet to be rescued. We brought some who were starving to the centres, only to be told to take them to Immigration and we ended up returning them to the streets.

“Then, there are the poor staying in rented rooms in the city and low-cost flats. We are told not to distribute food, but how do you turn away someone who is starving? Humanity does not allow me to, ” said Sister Fatima. She asked that those placed in shelters be treated with more kindness.

Kechara Soup Kitchen project coordinator Justin Cheah said NGOs have to work around the SOP and movement control order (MCO) “to ensure that no one starves”.

“When the MCO was announced, we only had 48 hours to coordinate. We assumed we were part of the essential service until the authorities said otherwise.

“For the regular urban poor who come to us but do not live on the streets, we made arrangements with a few food providers and restaurants to provide for them during the MCO, ” said Cheah.

He said there are still many urban poor who have to go hungry during the MCO.

“I respect what the authorities are doing, but it would help if the authorities could coordinate their SOPs and inform the NGOs. There needs to be better information dissemination – such as where do you go if you are homeless and where the urban poor can get free food, ” he said.

NGO Social and Enabling Environment Development (Seed) Malaysia, which has been operating a transit home for the homeless since 2014, said many urban poor kept coming to their centre asking for food.

Seed Malaysia’s Mitch Yusof said those who went to the Medan Tuanku centre where food is distributed, were asked to get onto DBKL lorries (to be taken to shelters) even after they told them they had a room.

Under the latest SOP by the Women and Family Development Ministry, the Welfare Department is in charge of all distribution of food from NGOs which run soup kitchens.A circular from the ministry stated that all NGOs intending to distribute food must apply one day in advance and drop off the food at state welfare departments or the district welfare offices.

The circular also stated that during the MCO, Rela personnel will assist permitted NGOs to distribute the food to target groups, provided all anti-Covid-19 measures are taken. The forms for the NGOs need them to list in detail the food they will distribute. 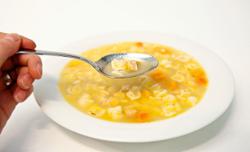